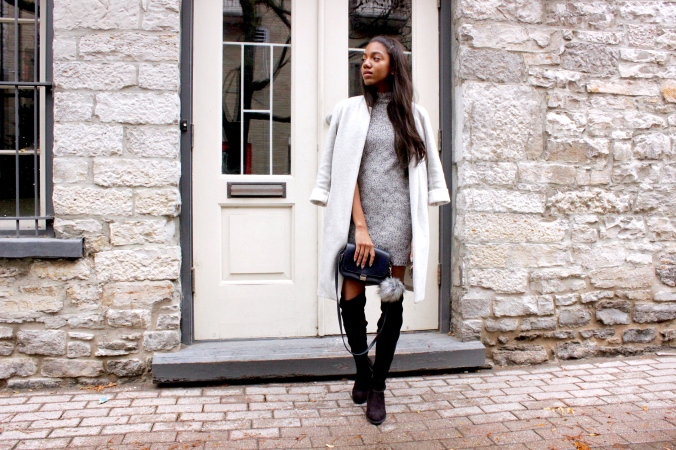 Remember in the last post how I said that now of all times I’m loving wearing skirts and dresses? Yaaaa, I wasn’t joking. Here I am in a sleeveless dress like it’s May and not mid December (YAY for the above zero temperatures we’ve been having!!). I still need to remind myself that its cold and winter dressing time. I could’ve been a little warmer in this look but I was pretty comfortable thanks to some secret layering tricks. Want to know what they are? (I ask like I’m not just about to tell you anyway). I first layered a sleeveless bodycon dress under the sweater dress. I added a cardigan over that, which you can’t see under the coat, and wore a thick pair of knee high socks with my boots. I like dressing in layers you can see, but I think some outfits just call for some secret layering tricks, especially when you want a simple look but want to stay warm as well.

Some of you will scroll to the bottom of the post to see where the pieces I’m wearing are from. You’ll be met by Forever21, Forever21 and more Forever21. I feel like you might start to question me, so here’s my explanation :

A couple weeks ago I finally finished spending my Forever 21 gift card. I also realized that it was around this time last year that I found out I had won their Ultimate shopping experience contest. Every time I think about it, I still can’t believe I won! It was the coolest thing EVERR!! (If you have no clue what I’m talking about, read this first!). Turns out that $1000 gets you A LOT at F21. So if you’ve ever wondered why I wear so much of their stuff you have your answer! Winning this contest has turned me into a walking, talking ad for them. Most days I can’t get dressed without wearing something from them. Some days, like in this look, I end up in F21 from head to toe. But hey, I can’t complain, this outfit cost me $0!!

Some people aren’t the biggest F21 fans and have negative things to say about about it, and I get that because some things I see in there cause me to stop and think WTF lol. But honestly, I think that happens to all of us in most stores we shop at. To me, they’ve gotten much better than they were in the past. I’m having less ‘wtf’ moments and more ‘Yassss’ moments when I’m shopping there; having won the contest and blogging outfits featuring their pieces has made me love them again.Yes, I know I’m a little biased, I can just picture your faces while reading this. But hopefully with the outfits I’ve been styling, you’ll want to give them another shot as well.

***This post isn’t sponsored, they’re not paying me. Just won a contest and thought I would share. 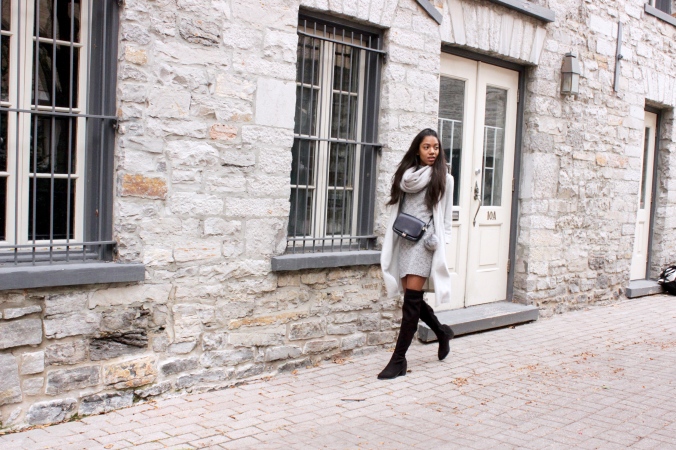 One thought on “A Walking Ad”

Hi! I'm Coralie, a twenty something yr old living in Ottawa, Canada. Welcome to my little spot on the internet where I hope to inspire by sharing my personal style and more. Enjoy :)